The Connection Between Rush Hour and Road Rage Experts have turned to Instagram to analyze driving habits, more specifically to analyze the connection between rush hour and road rage. And the results are not surprising. After analyzing almost 9,000 Instagram posts on road rage, the experts found that most drivers had the most negative comments related to traffic between 5 P.M. and 7 P.M. which is typically considered rush hour. [1]

Road rage and rush hour go hand in hand. Two peas in a very uncomfortable and aggressive pod. The connection between rush hour and road rage will not be surprising, but we still believe it’s necessary to discuss.

Therefore, it is important to recognize how these can affect your safety on the road and how to react to road rage hits you.

As defined by the U.S. National Highway Traffic Safety Administration, aggressive driving happens when a person has done a combination of offenses in moving traffic that put other people or their property in danger. What’s the difference between aggressive driving and road rage?

As legally defined, aggressive driving is considered a traffic offense, and it is usually accompanied by a ticket or fine. Road rage is actually considered a criminal offense as defined by “assault with a motor vehicle” with the precipitated intent to cause harm.

The connection between rush hour and road rage is therefore dangerous.

This seems like a subtle difference but it is an important one. If you were the victim of a road rage incident, you should ensure you follow the right steps. But that’s something we won’t get into here.

Road rage is a type of aggressive driving that is motivated by anger usually resulting from some perceived aggression or unwanted maneuver of another driver. As the AAA Foundation defines it, road rage is any type of unsafe driving movement done on purpose and with the ill intent or disregard for the safety of others.

You will realize that there is road rage going on when one or more of the following is true.

Basically, road rage is caused by somebody driving under the influence of impaired emotions.

Well, we’ve all probably been here once or twice before. Anybody can feel rage behind the wheel. So, anyone is capable of causing a road rage incident when triggered by a common factor. That is because anyone can take offense based on the activity of the other driver.

A driver’s emotions can be triggered by mental assumptions. But other factors will trigger road rage, which includes the following.

Traffic congestion during rush hour takes your control away from how fast you can travel to your destination. No one wants to be late and so your frustrations build up. These unexpected delays add to the irritability of the driver. The driver’s anger gives a false sense of control that leads him or her to take greater risks. The compounded stresses from rush hour felt when drivers arrive at their destination, and drivers feel anxiety when arriving late for work or knowing they missed the school event of their child.

It’s just a perfect storm of a snowball effect.

Keeping It Under Control

Okay, so how you do avoid road rage during rush hour?

You can avoid aggressive driving from escalating to road rage by keeping your cool. If you feel threatened by another driver, just don’t engage with them and try your best to be patient. What’s better is you may inform the police when a confrontation persists due to road rage. 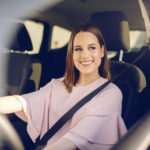 5 Ways to Calm Down On the Road December 2, 2020
Previous Post 7 Tips to Avoid Your Road Rage
Next Post How to Convince a Family Member to Stop Driving Aggressively