These road rage facts and aggressive driving statistics provide the example of why sites like StopAgressiveDriving.com exist. This problem is completely avoidable yet so rampant. We can start aggressive driving behavior and lower incidents of road rage

The first step to overcoming is understanding. So before we dive into road rage facts, here are some tidbits that will allow us to understand more about aggressive driving.

The National Highway Transportation Safety Administration of the U.S. has defined aggressive driving as the operation of a motorized vehicle in a way that put others and their property into harm’s way.

All forms of aggressive driving are among the causes of millions of accidents in the U.S. alone each year. Of course, if you do any of these, you will be issued a ticket for the violation committed.

Road rage is a serious problem on America’s roads and the numbers say it all:

On the other hand, road rage is when the driver of a motorized vehicle has committed a violent act against someone on the road. In other words, it is known as reckless driving.

The difference between aggressive driving is that road rage is a criminal offense that can send you to jail. This can happen after a series of stressful events that happen in a person’s life or while driving. But aggressive driving can also lead to road rage at some point, and as the road rage facts illustrate, that can be fatal for some.

Basically, aggressive driving is only a traffic violation, but road rage is actually a criminal offense. In fact, it is considered a willful or wanton disregard of the safety of others on the road.

Why Is It Important?

Remember that it is so easy to turn into others given a certain circumstance. So, it is best for all drivers to understand this and to remain calm when driving. Emotions that escalate can only lead to serious consequences, such as accidents or serious injuries.

No accident should leave you wondering what’s next

The National Highway Traffic Safety Administration said that the number one way to decrease road rage accidents is to increase the number of police on roads. This is unfortunate and we believe it’s also a call to action. We need to change the way we try to change the world. And it starts with us. If there’s one thing all these road rage facts will hopefully illustrate, it’s that the problem is with us, the drivers. We need to learn to de-escalate our feelings.

Before it escalates to road rage, aggressive driving needs to be curbed. Understandably, sometimes driving can be a frustrating endeavor, but you can always avoid it.

Don’t make the roads any more dangerous than they need to be! The answer begins with you. You can stop road rage but only in one person, yourself. Be sure to focus on your driving, your reactions, and your behavior. The first step is taking control of your own driving. 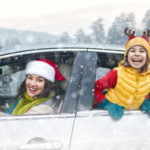